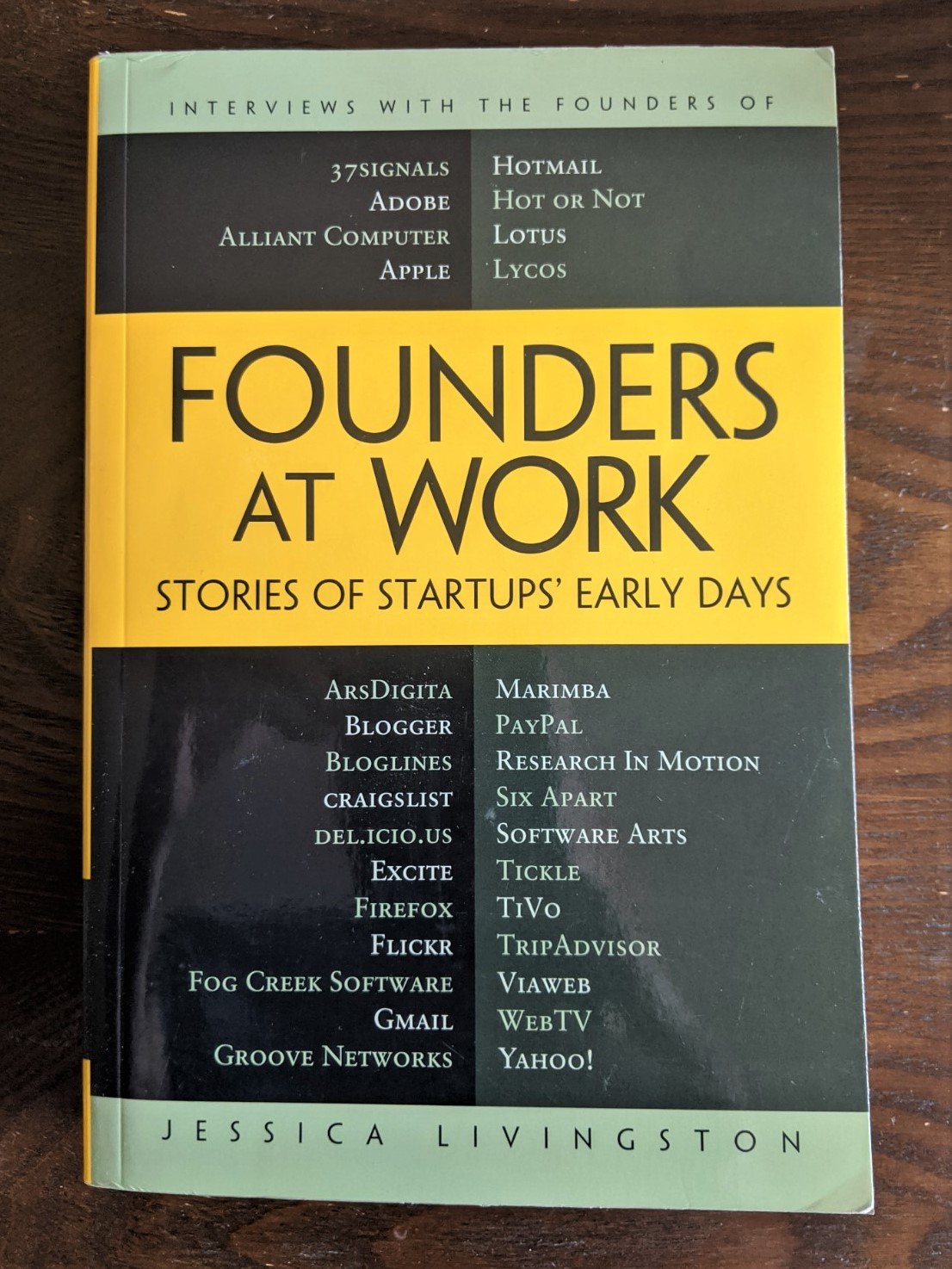 Do something you like, beware of venture capitalists: In-depth interviews with people who have started many times.

When I first picked up Founders at Work, I figured it was going to be another collection of interviews with various people involved in Internet start-ups that anyone who remembers what Mosaic was will probably have read about a dozen times. While the majority of these start-ups are Internet-related (and it’s fair to say that this is like complaining that a book on aviation devotes a lot of space to jet-powered aircraft) there are are a few companies like Apple, RIM and Lotus that are not Internet plays.

On of these non-Internet interviews is with Steve Wozniak where he talks about the Homebrew Computer Club which has been mythologised in books like Fire in the Valley into this kind of group where the personal computer was born. As he says it, far from being young geniuses, most of the people weren’t outstanding engineers– they could put things together, but to leap something like the Altair that you programmed by flipping switches to the Apple I with a full keyboard about a year apart seems to be quite a leap. His talk about how that happened makes a lot of sense.

There are three themes that readers will find in this book: ideas evolve and what is ultimately successful might start as a side project or an evolution of the original design- action leads to ideas; The second is that you have to be doing something you like, or at least find useful; lastly, a lot of the drama that comes out of the stories isn’t about developing the technology, but problems that any start-up might run into.

One thing that keeps coming up in nearly all the stories is how the product changes. RIM (now BlackBerry) starts out making industrial networks before they come up with a super-pager affectionately known as the CrackBerry; Blogger and Hotmail started as side projects that eclipsed their founder’s original product idea. On the other hand, some ideas like PayPal evolve out of trying to create a way of electronically transferring money. As well, many of the people involved seem to have at least 2-3 companies under them, so some ideas evolve over several companies. Many of the ideas also come from the actual work of creating. Mark Fletcher (creator of BlogLines) has a quote, “you just iterate because users are going to tell you [what they want]” (p.240) that sums up how ideas come from just putting something out there that does one thing, and people will tell you to want it’s not doing for them. So realizing that what you start on might not be what you end up being successful with is a crucial point to remember.

Secondly, while it sounds vaguely Monty Python-ish, do something you like is another theme. Many of the people profiled started work on their projects before there was a company. A typical example would be del.icio.us (now just Delicious- no mention was given here of the whole silly.dot-nam.es fad “del.icio.us” was probably mostly responsible for) which Joshua Schachter built up Delicious while working as an analyst at, financial services company, Morgan Stanley. Other examples in the book include the development of the light-weight Firefox web browser out of the bloated Mozilla browser. While it sounds pretty straight-forward, some of the best ideas have come from people building things they’d use themselves and then putting it out there for other people to try.

Finally, if anybody comes off badly in this book, it’s venture capitalists. While there are only a few stories where it looks like they crossed the line from shady to illegal, it’s probably worth knowing that any business involving large sums of money probably has its share of people to watch out for. Besides them, the flip side is when a company starts running out of money. Then there are a few stories of employee problems of which Craigslist and Blogger‘s founders talk a bit about this.

The best things about this book are they let the people involved speak- that is, the questions are short, and answers go on for sometimes two pages. Secondly, there’s a range of companies covered, many of the people interviewed have started more than one company, and some of the stories go back to the mid-1970s. Finally, the writing is good, I don’t know if there was a lot of editing involved, but a lot of the people tell some pretty engaging stories about how their ideas evolve, how they enjoy what they’re doing and how it wasn’t technology that caused a problem when things didn’t work out.